Modern times depict him as the wizard/magician who advised King Arthur, helped to build Camelot and the Round Table, and obtained the sword Excalibur for Arthur by introducing him to the Lady of the Lake.

Ancient Welsh tradition told of a wild man of the woods called Myrddin, who was gifted with great powers.  Merlin/Myrddin was actually around before Arthur was conceived- and for quited some time after- until he left one day and headed by ship to Avalon.

In addition to having his origin in the woods, Merlin also met his demise there: According to the legend, he fell in love with a gorgeous young goddess and taught her his magic, and she became known as the Lady of the Lake- and when her magic got stronger than his- she imprisoned him in a tree.

Merlin is powerfully portrayed frozen in wood, just as the magical energy of the volcano was frozen in stone.  We find Merlin, emerging from rare naio wood with fragments of stone still embedded in his cloak, resting in a frozen state and then returning to energy in potentia – ready to burst into flame at his command.

The spirit of Merlin lives.  He lives in all of us who understand his lesson.  We all have infinite ability to create far beyond our dreams. 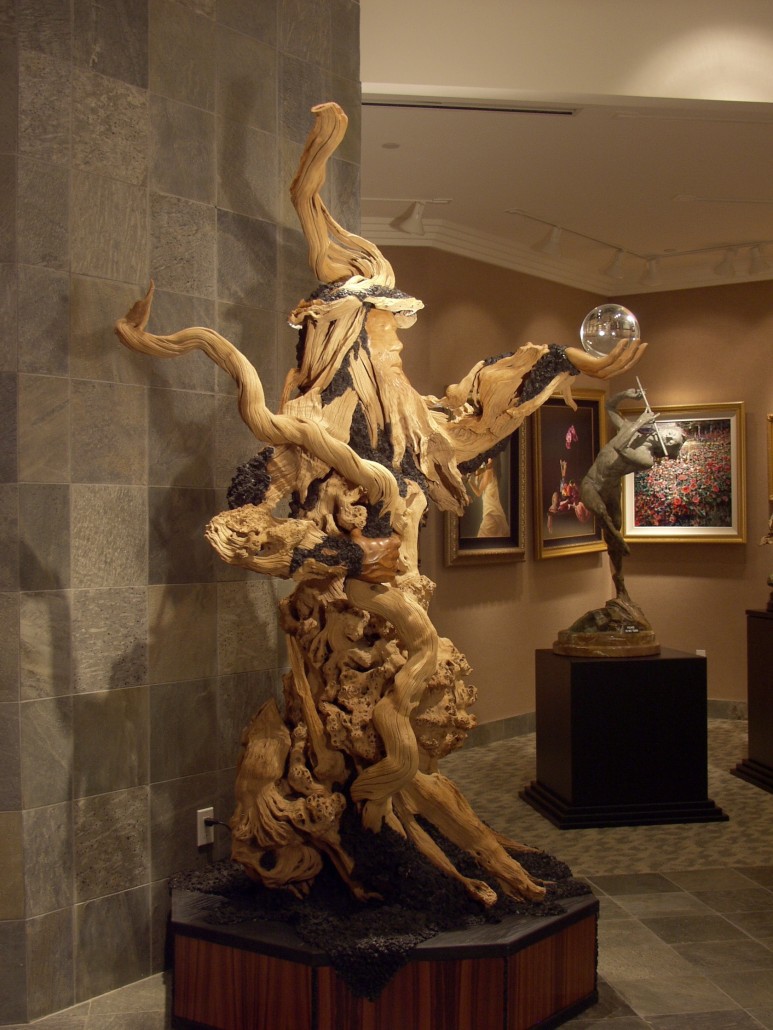